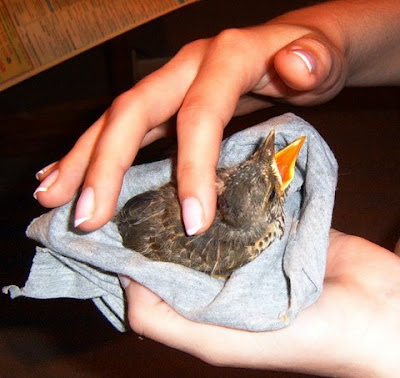 My daughter settling Bug down for the night


Bug surprises us with his daily antics and his progress. He now flutters from my finger to my shoulder. I've never been one to wander around with a bird on my shoulder so I have no idea where he got the idea from. He's also learned to open the flaps from the inside of his box and jump out.
We've been leaving a few worms to wriggle at his feet whilst he feeds just to get him used to the idea that his food can be found on the ground. Up until now he has totally ignored them but today he's been pecking at the worms, not quite managing to pick one up yet but it will happen soon. He is so dear, I can't help snapping away with the camera. 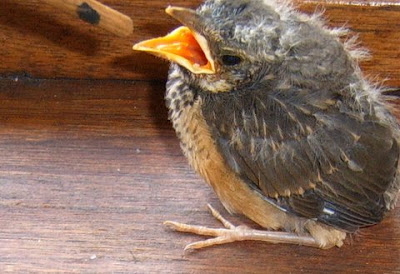 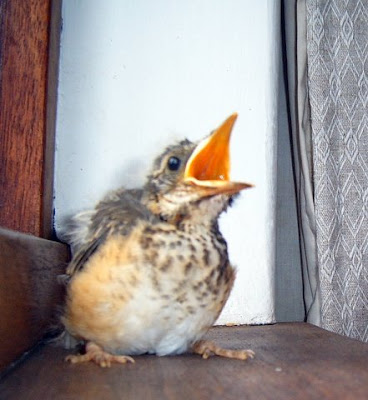 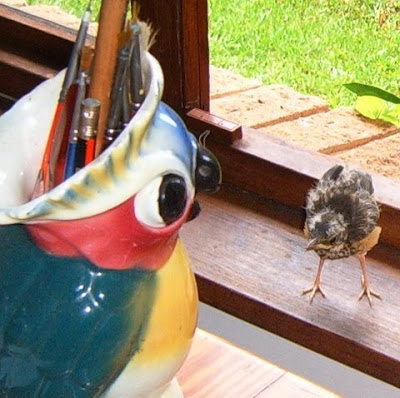 ...contemplating a leap onto the desk....