THE STORY BEHIND MY CARVED TOTEMS 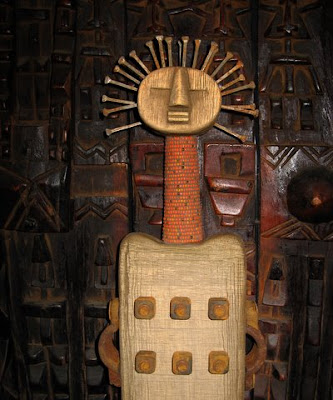 I don't think I've blogged about why I began carving totems but when Kim Schoenberger bravely shared her story a few weeks ago I realized that hearing her story added another dimension to her art.

For years I have been intrigued by the Kenyan vigango or funerary posts which are carved by the Mijikenda to house the spirits of the deceased. 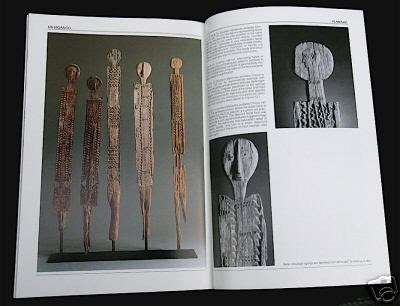 Vigango Commemorative Sculpture of the Mijikenda of Kenya by Ernie Wolfe

When we lost our 16 year old daughter to cancer I looked at these vigango with new interest and thought it would be therapeutic for me to carve one in my own style .... one day. They say that to lose a child or any loved one can have all sorts of repercussions besides the obvious and when my husband also contracted cancer I had a strong feeling that the shock of our daughter's death had been the catalyst. To cut a long story short it took another two years of illness, diagnosis and treatment as well as the death of my mother before some semblance of normalcy began to return to our lives and that was when I decided to fall apart. Subsequently there came a time when I knew I would have to pull myself together or it would be a long climb back.

It was the right time to begin carving my totems.... my vigango. I tentatively began and before even completing the first one I could feel a cloud lifting and I raced on to the next and the next, carving day after day, working through the sadness within me until my "studio" walls were lined with totems. They loomed over my work space like guardians.... messengers .... beacons of hope. 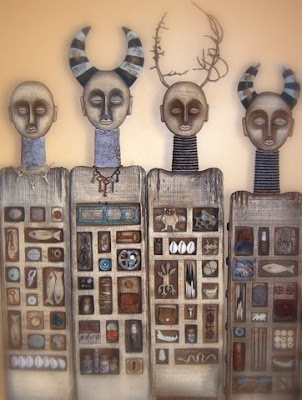 I'm sure that carving these totems kept me sane and I'm still carving them because they symbolize so much for me. I am reminded often that creating art heals and though sometimes it is difficult to actually start something midst the trials of life, when one finally gets moving the joy of the creative process takes over and begins working it's magic.

I found this poem by Lucian Blaga on Tumblr last week ....

In my chest,
a strange voice awakens
and a song plays inside me
a longing that is not mine.

They say that ancestors, dead before their time,
with young blood still in their veins,
with great passion in their blood,
with the sun still burning in their blood
come,
come to continue to live
within us
their unfinished lives.

Such a deep silence surrounds me, that I think I hear
moonbeams striking on the windows...... 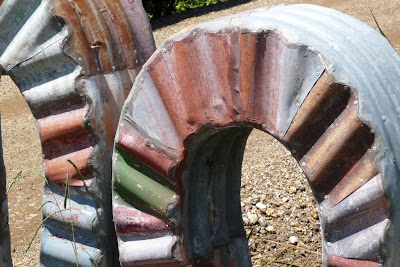 
"When I discard something, I betray it. When I find it, conceive a vision of it renewed, and make art from it, I redeem it. All objects have the potential to be redeemed through art, to be transformed through human vision." - Stephen Derks 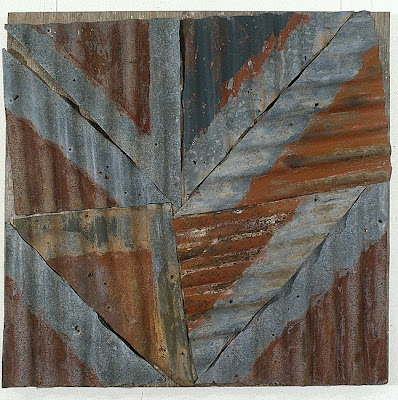 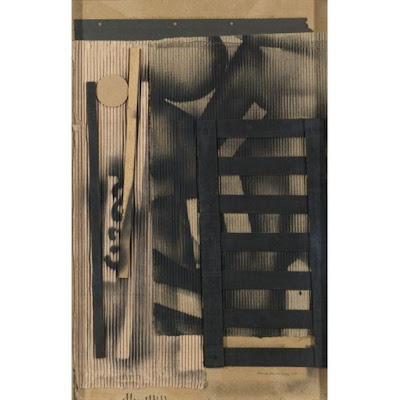 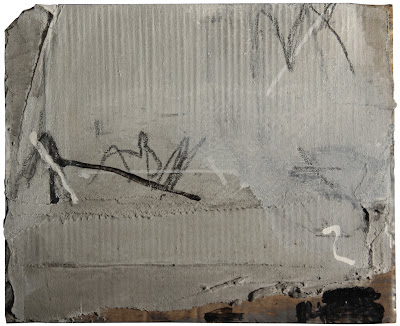 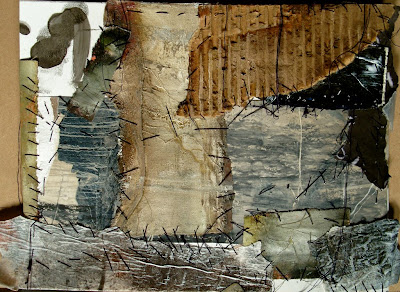 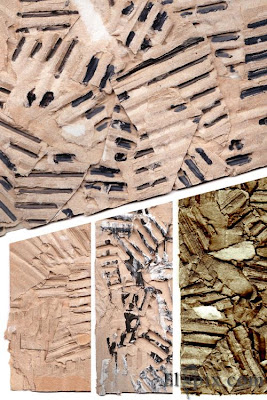 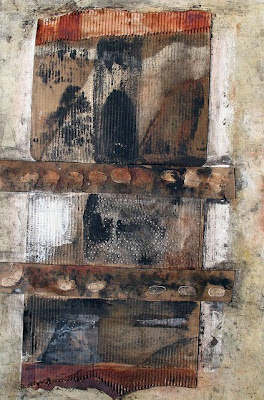 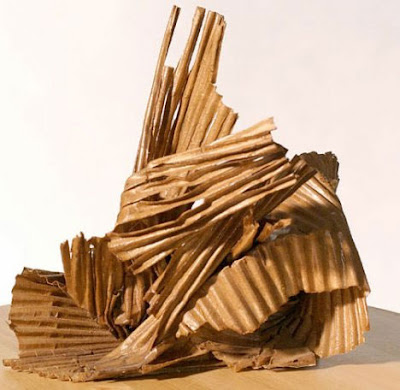 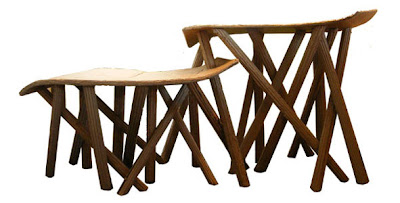 Caterpillared by Brad Smith. Architecture and package design students from 49 schools throughout North America were tasked with creating chairs constructed only with corrugated board and glue. See more amazing pieces here. 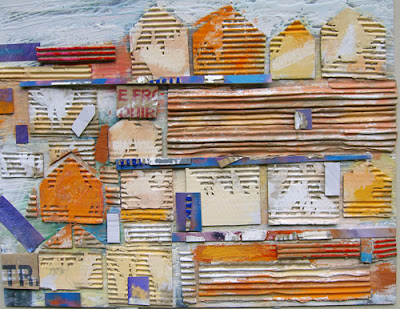 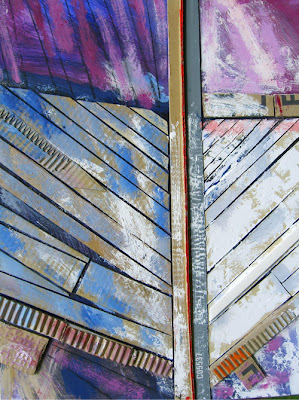 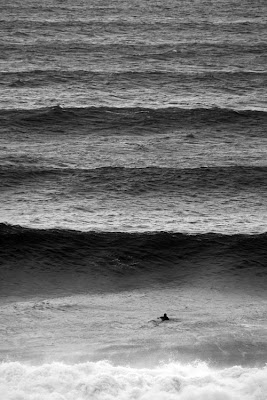 A corrugated sea .... Why not? See more of Michael Meal's photographs here.

"Art! What a concept! It saved my life! A place where you can do as you please! " - William T. Wiley
Posted by ArtPropelled at 4:49 AM 39 comments 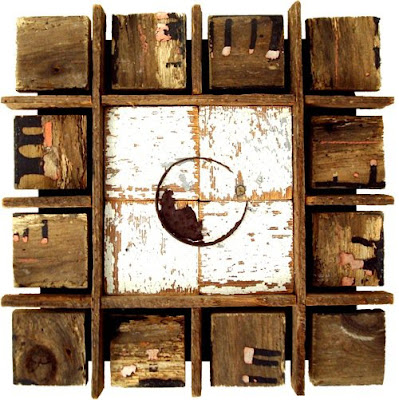 Looking back, trying to remember when I first became enamoured with old worn and weathered wood I immediately think of a large table standing in our spacious farm kitchen. It had a wonderful scarred and scrubbed surface with a shiny patina along the edges and there was always a wad of folded newspaper wedged under one leg to keep it steady. It was used for everything from the stacking of eggs, decanting of milk, kneading of dough, the stirring of cake mix, the cooling of jars brimming with hot berry jam, the making of sandwiches on dipping day, the writing of childish novels and homework, the sorting of wild flowers to press between pages of tatty cook books to the eating of simple suppers after the long drive from the city. I can remember my step father mentioning that Duncan, his father had made the table from old floor boards. This really intrigued me, since it actually meant we were eating off the floor! 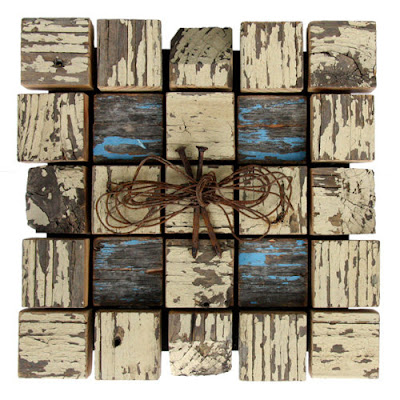 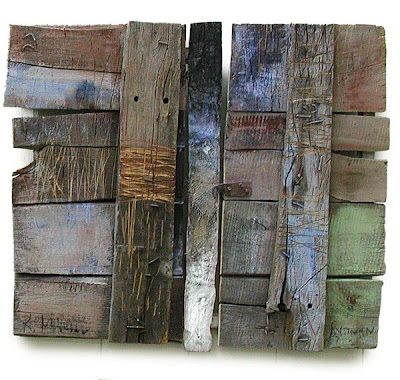 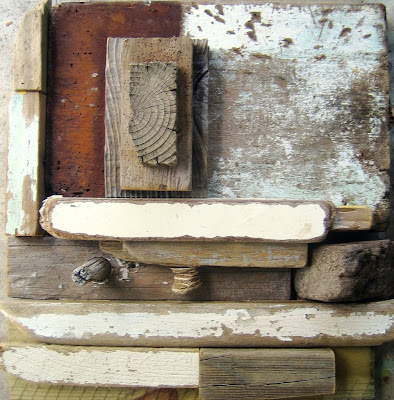 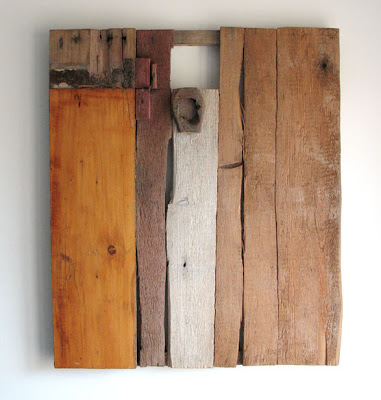 "By transforming a ruined object (such as recovered wood) into a harmonious composition, the work becomes a symbol of the positive view of time: this is a history on which we reflect, learn and grow. This is wisdom." - Alton Falcone 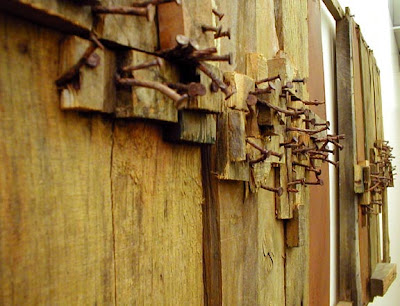 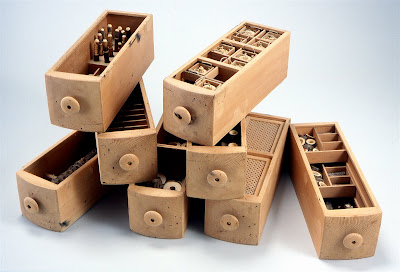 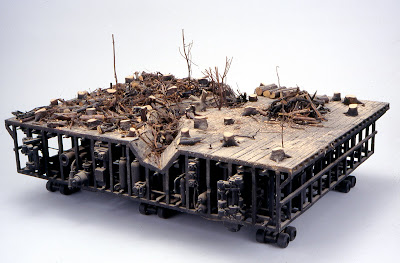 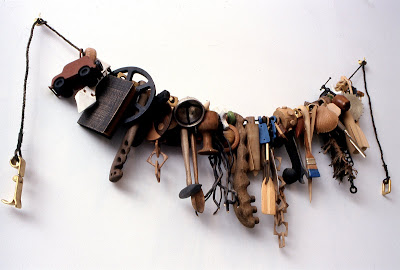 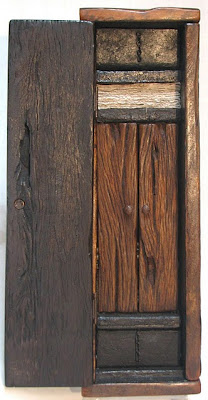 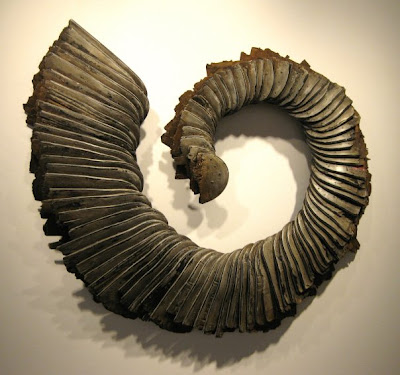 Assemblage by George Peterson who creates works of art from reclaimed skate boards. 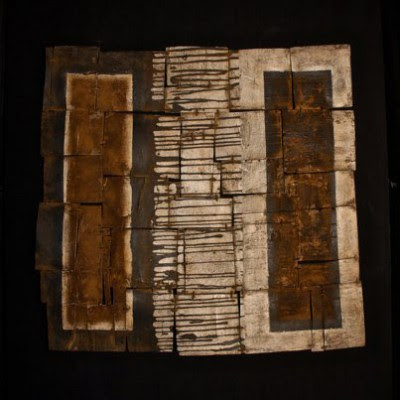 Posted by ArtPropelled at 2:31 AM 44 comments