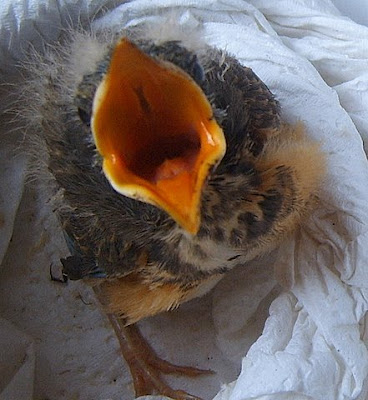 I've been in an ebullient mood for days and I put this down to our early morning walks, prompted by Julia Cameron, author of Vein of Gold. I've joined the Vein of Gold Group over at CCS and one of the daily practices is walking. It has been hard to pull myself out of bed so early in the morning but definitely worth the effort! 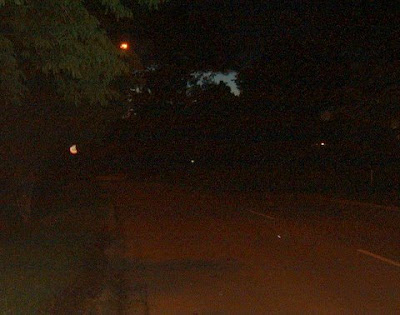 We set off in the dark at 4.30.am when it is cool. It's so peaceful at this time of day and also ideal for spotting wildlife en route . We take Ben our Bull Terrier with us because nobody would dare challenge us when he's around and besides he loves and needs a walk even more than we do.

We've seen a white tipped mongoose hunting for the past 4 days as well as a Bushbuck standing silently watching as we passed by. On one of our walks we noticed a thrush dive bombing a mongoose in the middle of the road. Ben caught a whiff of it and took off with me flailing wildly at the end of the lead. (I've since been treated for whiplash by the chiropractor). As we got to the spot, mongoose disappeared down a drain and my eye caught site of a moving mud clod...or so I thought until I saw a gaping orange mouth . 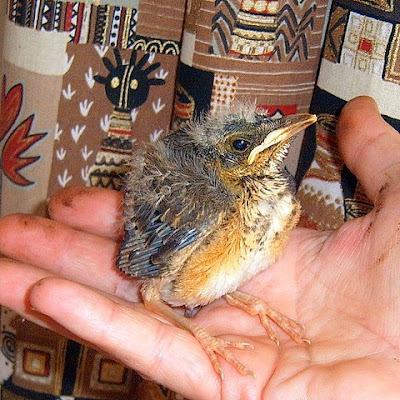 Ben and I realized what it was simultaneously but I was quick, scooping the baby thrush out of harms way and holding it close while we searched for a nest. Thrush was quite a distance from any trees and he was definitely too young to fly . We couldn't leave him there or even put him in a tree to wait for the mum (who was nowhere to be seen) because he kept bailing off the branch and in any case it was highly probable that the mongoose would sniff him out. After waiting a while Hubby decided that we should take him home because he wouldn't survive out in the open ....what with the mongoose, cars and dogs about....... So home we went! 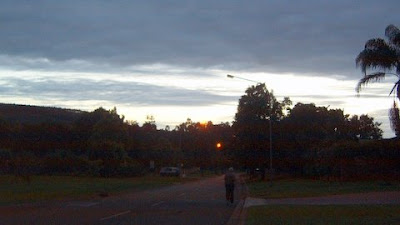 We have named him Bug because he eats bugs like there's no tomorrow. From dawn til dusk I'm on hands and knees in the garden, searching for rock roaches, wood lice and earthworms. We've now introduced him to Pronutro which drives him into a frenzy of wing flapping, chirping euphoria. 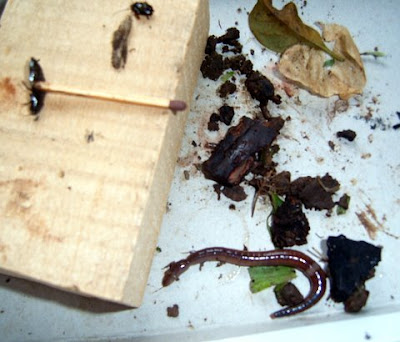 Bug is doing very well and all we hope for is to be able to release him back into the wild when he is old enough to look after himself. This could be harder than it sounds because thrushes are territorial and the last time we reared a thrush and tried to release him the other thrushes attacked poor Jack until we rescued him again. It took many more weeks before the others would even allow him to sit in the tree outside our bedroom window. 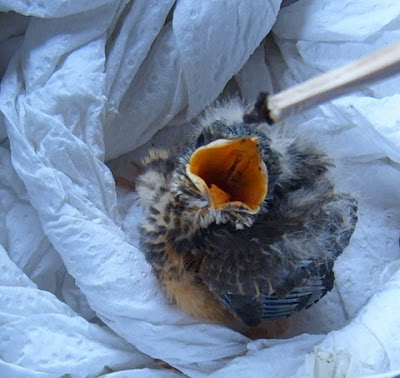 I wish I had the equipment to record and share what I can hear right this moment. Bug is chrrrpping at the top of his lungs just to let me know he hasn't eaten in the last half hour.
Posted by ArtPropelled at 9:11 AM