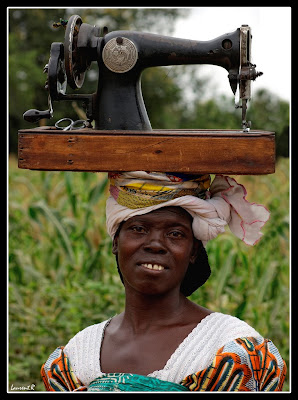 In Africa it is not uncommon to see people, especially women, carrying heavy loads on their heads and they seem to do it with relative ease. I have seen a slim woman eating fruit and talking on the cell phone, whilst carrying a baby on her back at the same time as balancing a huge basket of groceries on her head. She walked serenely with the most beautiful posture.
.
As children we tried to carry boxes filled with groceries on our heads but we were ungainly and most times unsuccessful at keeping the load steady for longer than a few seconds.There's deffinitely a nack to it and I think one develops muscles to do this succesfully. 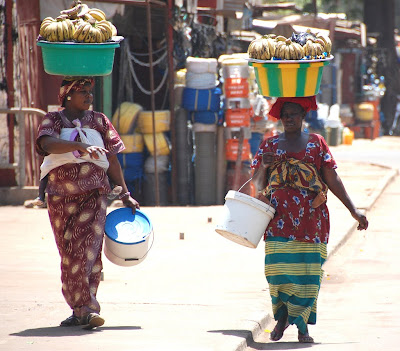 "I wish I could carry bananas on my head" by Blaseur. Flickr photostream here.

Over the years we have seen people carrying everything from one small object such as a tub of margarine to large household objects such as cupboards, beds, refridgerators .... and the kitchen sink. 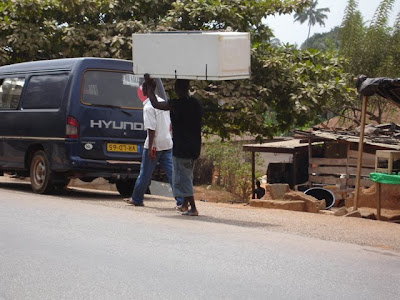 Photo from blog here.
Sewing machines and bolts of fabric.... 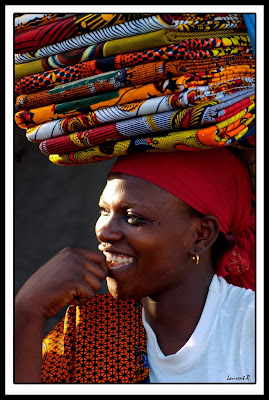 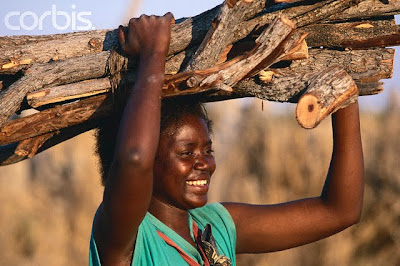 Containers of water and laundry..... 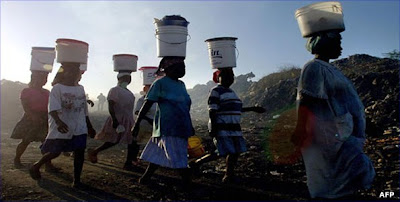 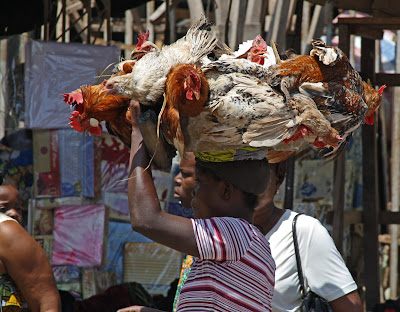 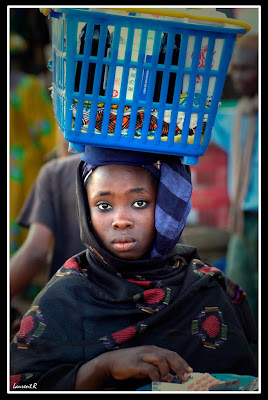 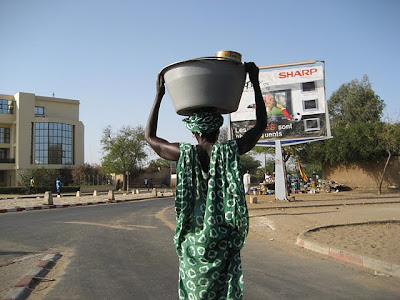 "This is a typical street scene. Men and women carry loads on their head all the time because it's way easier to do than carry it with your hands... the weight is spread out more evenly. I like this picture because while it looks like she is a '"traditional african woman" carrying things on her head wearing her traditional fabric, she is walking around Dakar which is a very modern city with paved roads and a Sharp Electronics billboard in the background." Ashleigh's Gallery , here. 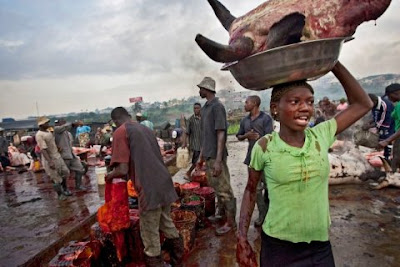 A woman carries a whole cows head away from the market in Lagos. Story here.


"Based on studies of women of the Luo and Kikuyu tribes of East Africa, researchers have found that people can carry loads of up to 20 percent of their own body weight without expending any extra energy beyond what they'd use by walking around unencumbered" - Jessica Dweck 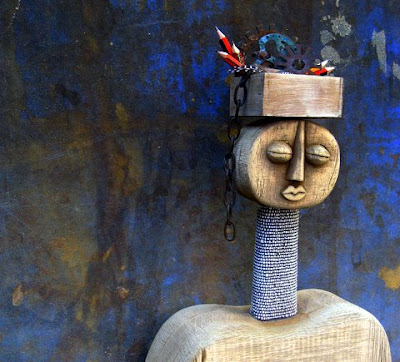 Posted by ArtPropelled at 6:00 AM