BUG MOVES TO THE WILDLIFE CENTRE 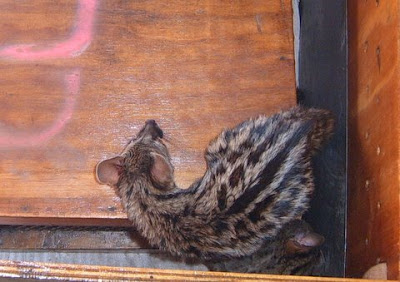 With the event of Bug learning to fly across the room and back , we decided it was time to pay the Wildlife Rehabilitation Centre a visit.

The young intern who greeted us on our arrival was happy to show us around and introduce us to each of the residents at the centre. Trotting at his heels was Piggy the young warthog who loves to be scratched even more than eating his favourite meal. 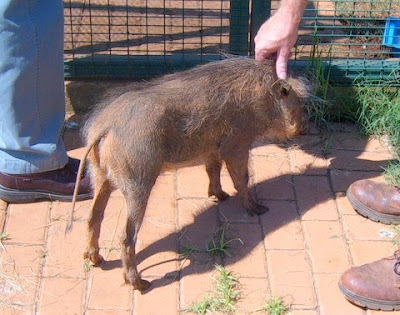 There are quite a few traumatised animals at the centre so I didn't like to photograph them until near the end when the intern mentioned that I might like to take a few photos. 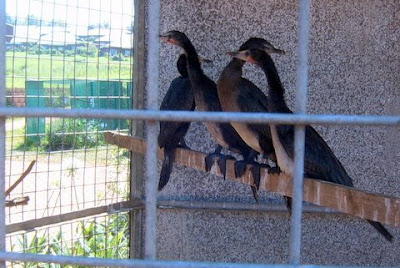 I think my favourite creature was the baby bushpig that arrived in a 500g margerine tub. He was so tiny and malnourished that nobody expected him to survive but they introduced him to a farm pig hoping the two would bond. It was love at first sight! Little bushpig has now grown from margerine tub size to shoebox size and he won't budge unless farm pig is with him. 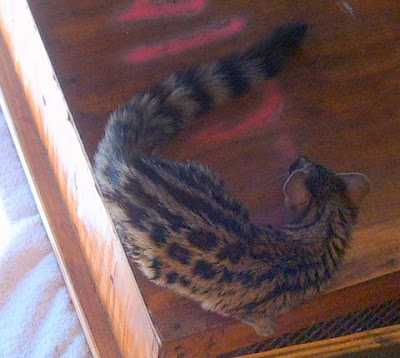 The Genet kittens climbed out of their hutch and onto the roof to inspect the visitors.... 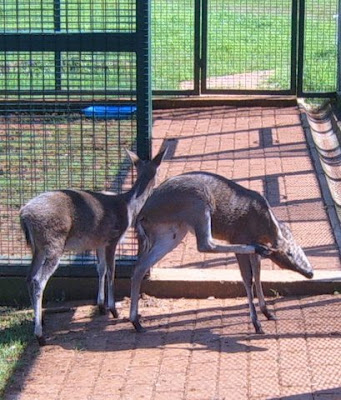 There were several Reedbuck and Duiker, a shy Jackal, an owl and many injured egrets that only just survived a terrible storm we had a few weeks ago.

Inside the feeding room were several baby birds that will be Bug's roomates for the next week or so. A Fork-tailed Drongo on one side and a Golden Oriel on the other. The news that really pleases my heart is that there are two other Thrushes (one an Olive Thrush like Bug), only a week or two older than he is. They are already in the outside aviaries but once Bug is able to feed himself completely he will move out to be with them. When they are ready to leave, the aviary will be opened and they can fly off whenever they feel like it and return if they want to at night or for a snack. A Red Wing Starling that was released 2 months ago returns every morning for a 3 course meal, starting with mango and ending with meel worms. I like this arrangement because the birds can just ease into the wild at their own pace. 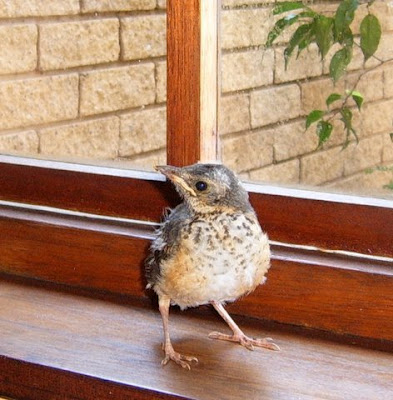 It was with heavy hearts that we drove away from the wildlife centre. I know we left Bug in very capable hands but it was sad all the same. The thing that I keep reminding myself is that he has a far better chance out in the open countryside than in a built up area and to have the opportunity to bond with another Olive Thrush before taking flight is a huge bonus.


Posted by ArtPropelled at 9:10 AM