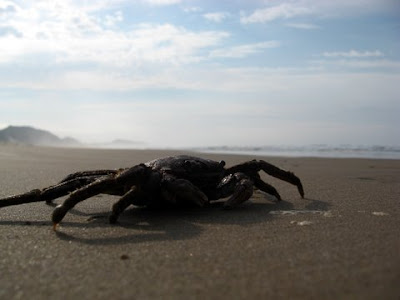 We have just returned from a wonderful holiday on the Wild Coast (Eastern Cape, South Africa). It is with out doubt the most stunning place I have ever been to on the coast. 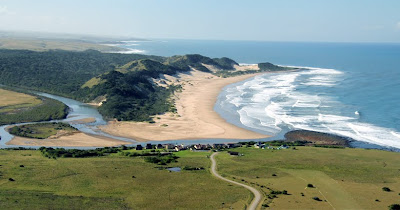 This is the view that met us as we came over the rise after a tiring 8 hour trip through mist and potholes. We have spent many holidays on the Wild Coast and this is the first time we have stayed in a hotel, which meant that I didn't have to cook. Yay! 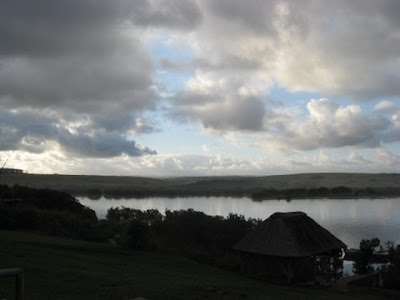 I'll try not to bore you with too many details but to set the scene, here is the view from our bungalow. Looking from our patio to the left.... 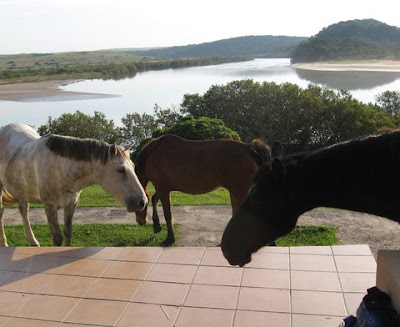 straight up the river at low tide.... 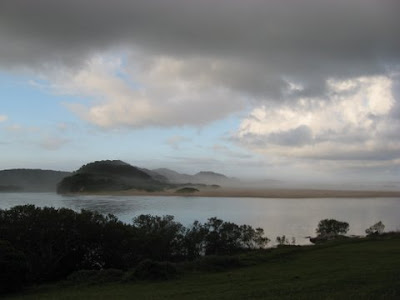 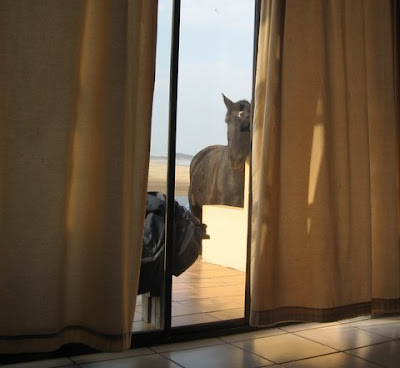 The black horse was always waiting like a guardian angel.... horse. When I woke early in the morning or after a nap ..... there was the black horse watching me through the window. A tri-daily scratch had nothing to do with it ;-) 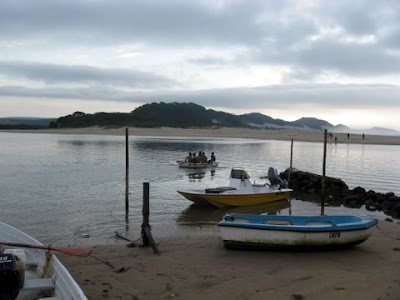 We rowed across the estuary every day. I took brisk 10km walks along the beach while M fished. 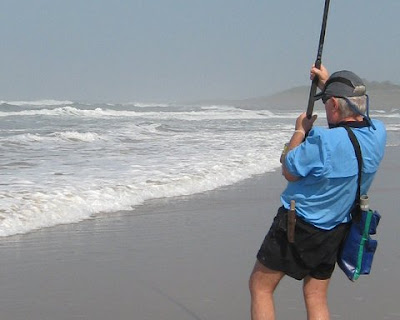 Most of the anglers practice "catch and release"..... 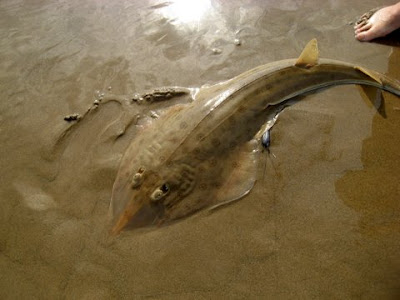 ... and this Lesser Sand Shark was returned unharmed to the sea. 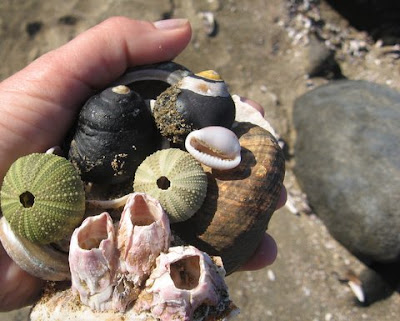 I practiced a little "catch and release" myself with the shells I found..... though I kept the precious cowrie. 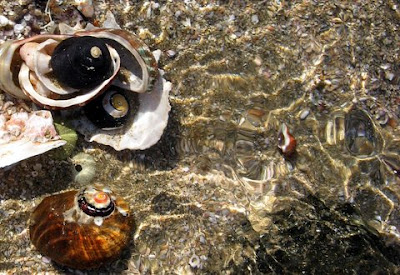 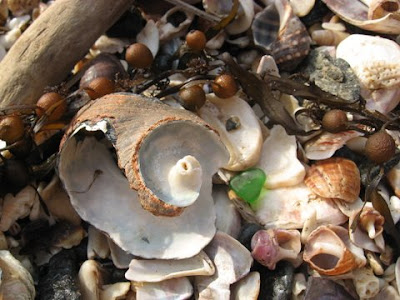 Those who've been reading my blog for a while may remember that my family regard cowries as messages from our departed loved ones and especially from my daughter who loved cowries. We scoured the beach for days and found not even a shard, but on my birthday I sent up a little prayer ... "Listen Bron, this is clearly not a cowrie beach, but just one would be nice.... ". Low and behold, a perfect pink cowrie rolled up the pristine sands with the next wave. My day was complete. 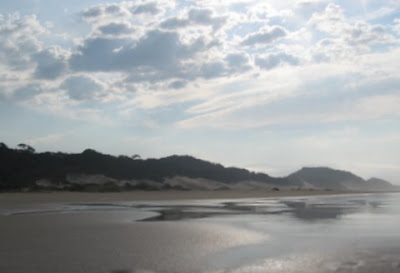 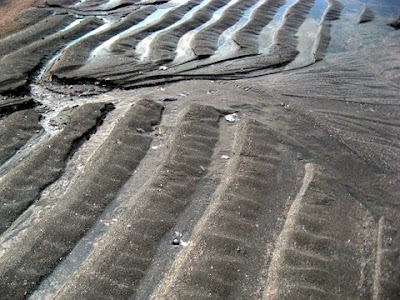 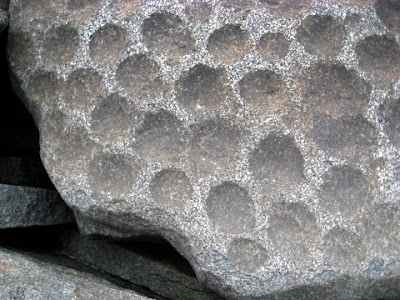 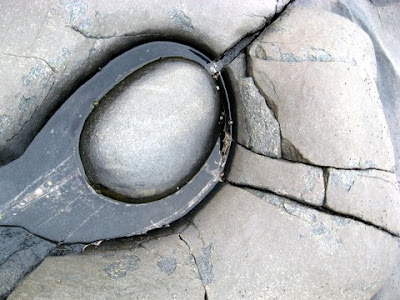 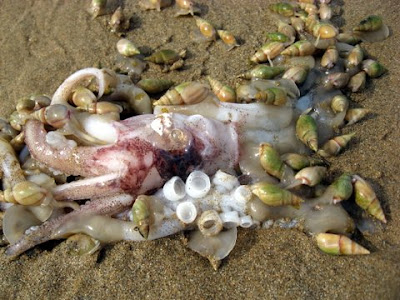 We threw left-over bait squid for the gulls and like magic hundreds of sea snails popped out of the sand and made a beeline for the bait. 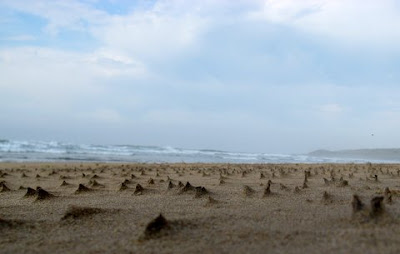 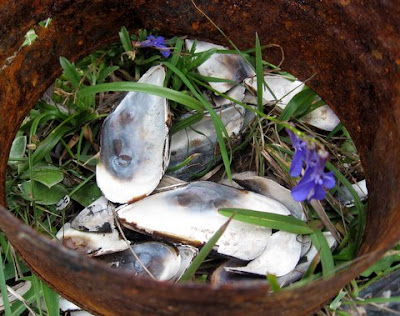 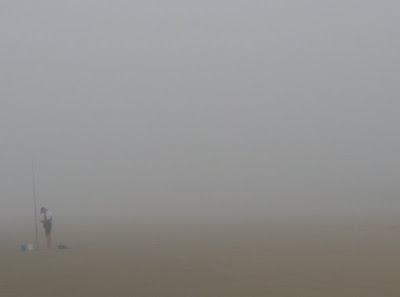 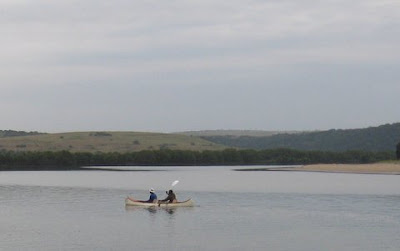 We often watched a pair of Crested Cranes dancing on the sand bank to the right. Definitely one of the highlights of our holiday. 200 Cranes once flocked to this beach but they have dwindled to 2 after being poisoned by treated corn. Apparently the corn is treated for beetle before planting and the cranes eat the newly planted pits. It breaks my heart. 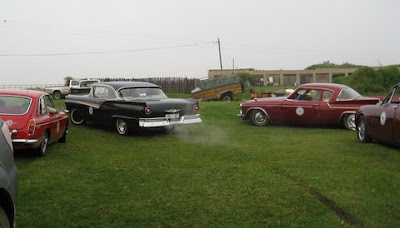 The vintage car club leaving after spending a few days at the hotel. We quailed at the thought of these beautiful cars driving over really rough dirt roads, but they seemed to make it without much consequence.

All photos are mine except for the second one which is credited to Wavecrest Hotel.

Posted by ArtPropelled at 12:20 AM