HIGHS AND LOWS OF A WILD COAST HOLIDAY 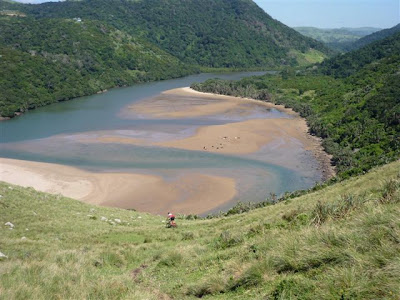 Just popping in to tell you about our holiday at the Wild Coast before  starting my carving commissions. 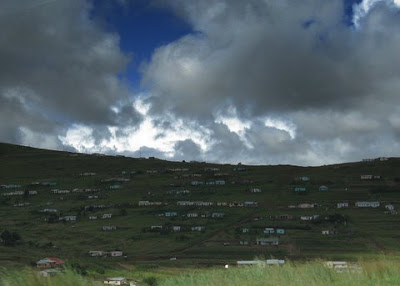 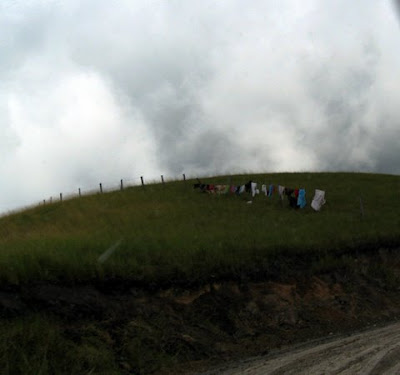 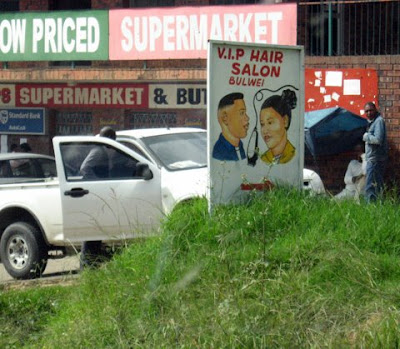 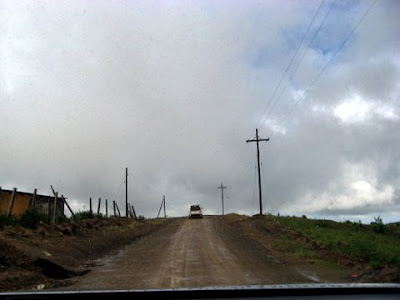 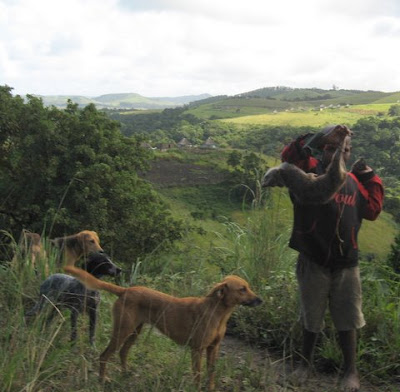 A young hunter with his hunting pack. He proudly showed us the cane rat and rock rabbit he was taking home for dinner.

Most Transkei trips are not without drama but the magic allure of the Wild Coast keeps calling us back and my husband who has been fishing there for well over 30 years is completely smitten. 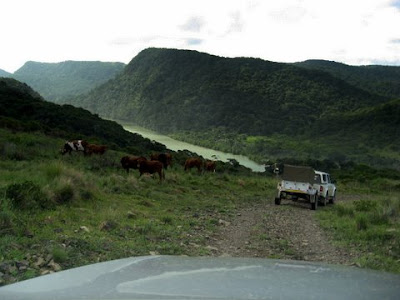 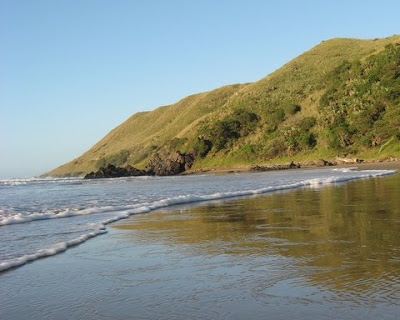 1. Perfect weather ( though sometimes it was a little hot in our tented cabins).


2.Amazing beaches populated by comical goats.... and cows .... and donkeys.


4. Paddling in the warm water while the men fished at sundown.


5. Savouring the view from the high boma where we spent most of our time when not on the beach.


6. Sipping wine in the evenings while watching the moon come up from behind the hill.


8. Fresh crayfish braaied on the fire every day.


9. Dear sweet Pammy, my friend who was such an easy person to spend a holiday with.


10. An extremely well organized week thanks to our friend Dave. 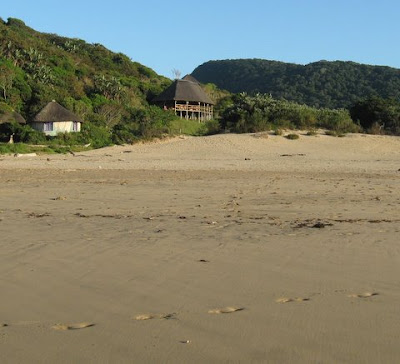 We ate all our meals at this thatched boma. There was always a breeze and the view was spectacular! 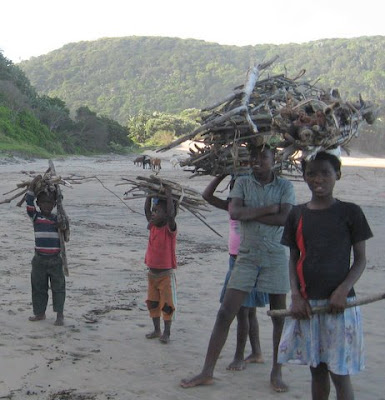 Happy wood gatherers on the beach. 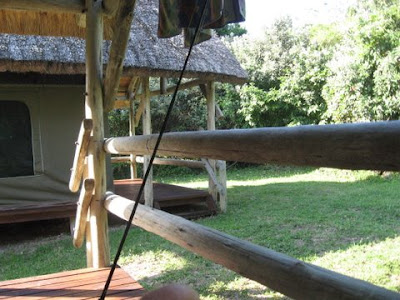 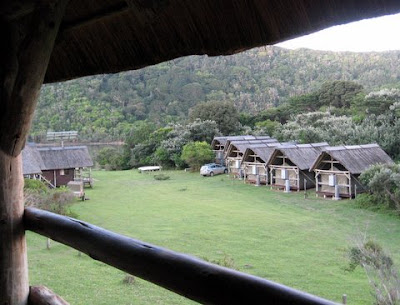 View from the boma. You can see our vehicle parked behind our cabin.

1. Though the trip down was interesting and picturesque it was slow and a bit hairy in places with livestock, nose to tail for the last 40 kilometres. We stopped counting after 30 dead dogs and various other animals on the road. 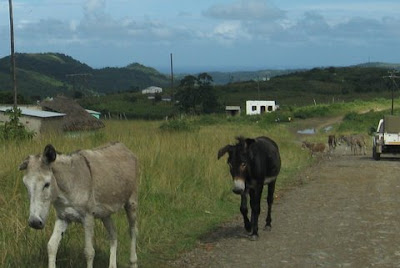 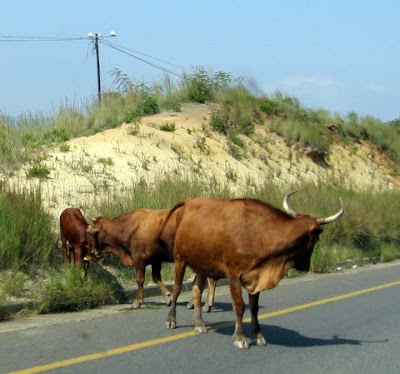 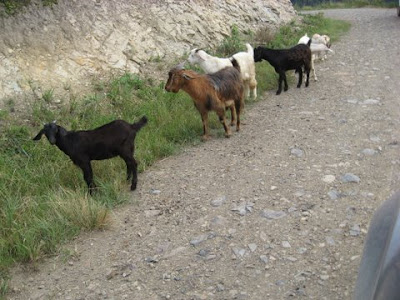 2. Tarantulas under toilet seats ..... well only one but after that my imagination got away from me. It is also Black Mamba country so I have to admit to being a bit skittish about long snakey shadows.
.

3.A broken toilet and no hot water for the first 3 days.
.

4. A burglary in the cottage nextdoor when EVERYTHING was stolen from right under the noses of the sleeping occupants. A sleepless night followed ..... wondering if it was our turn next.
.

5. Several nerve racking hours when the outboard motor failed miles away from camp on a murky, deep, green river inhabited by God only knows what. A little further down coast there had been several fatal Zambezi shark attacks so I was feeling particularly vulnerable.  I hadn't been too enthusiastic about going on the "cruise" in the first place since I had a bad feeling ...... and the plug for the boat was a champagne cork!!?? .... but hubby had promised it would be an unforgetable experience .... which it was! When the boat came to a sputtering hault far up river we noticed petrol pumping out into the water. After many failed attempts to get going again and numerous "rests" in the mangroves one of the men managed to hold the broken fuel pipe together while another pulled the starter cord and finally the boat limped back to camp.
.

6. Near the end of our holiday a couple from KwaZulu Natal were hijacked just down the coast from us .... Gerald was killed and his wife Ingrith was shot in the stomach. My condolences go  to the Roberts clan who have lost a beloved member of their family.

*All photographs are mine except for the top one which I found here.

Posted by ArtPropelled at 5:44 AM