Whilst walking along a misty beach early one morning, I realized that it was on the soft grey days that I felt most contemplative and content. The muted colours were somewhat soothing ...... and actually, it was a relief not to have the sun in my eyes as I searched the shoreline for bits and pieces to put into my niche carvings.

Sorting through the flotsam which had collected in the crook of a sand dune I marvelled at the beautiful shades of grey. Mussel shells which had roiled at the bottom of some rock pool, pebbles and driftwood rubbed smooth by the sand, downy feathers dropped by industrious sand pipers and my find of the day, remnants of a weathered fish trap . 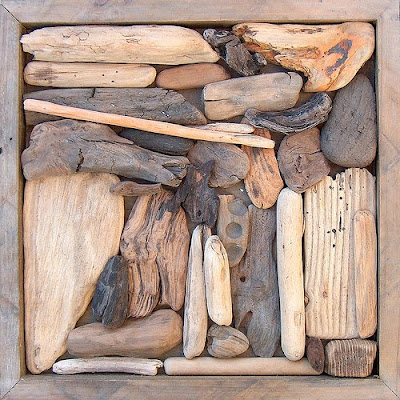 Once home and happily reunited with my computer (though I hate to admit my obsession), I found I was gravitating toward art and photographs in beautiful shades of grey. 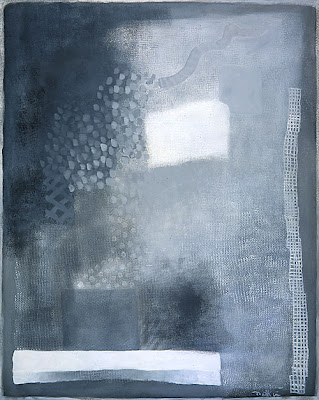 Black to White by Robert Natkin.

Robert Natkin is an old favourite of mine.
"He is a visual poet whose apparently abstract images actually exist to enchant us with intimations and evocations of things we can sense but never quite see." - Theodore F Wolff 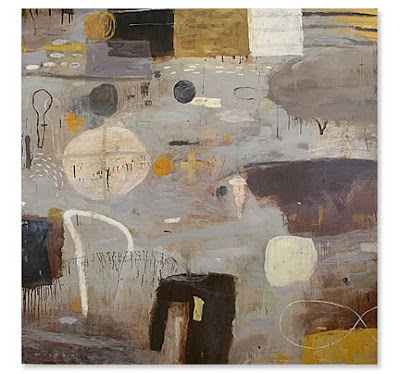 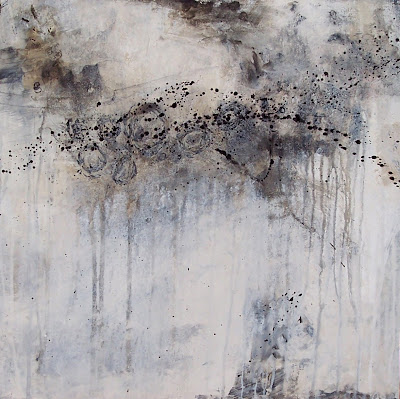 Rhythm of the day by Leslie Avon Miller

"Having always lived in the Pacific Northwest very near the rain forest, I often live in an environment of grey and white – white caps on the waves of grey seas, seagulls in their grey and white finery, dark grey sands and rocks contrasted with white sea foam and white sea shells, and grey mists hiding the mountains…..the list is long. I see the beauty in the mists as they lift and reveal part of a decomposing dock, or bits of the mountain tops, or a wind carved tree on a cliff as exquisite as a sculpture of granite. One learns to love the subtleties of the colors and the nearly monochromatic shifts." - Leslie Avon Miller 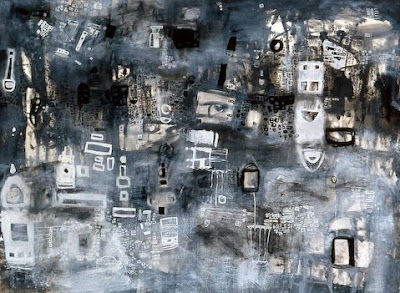 
My friend Lyle often sends me links to new artists and Sarah Giannobile is one of them.
" I use my imagination as a tool to opening up my experiences that once were forgotten." - Sarah Giannobile

Cloth by textile artist India Flint , who is also author of Eco Colour

India Flint has posted glorious detailed photographs of her new series 'landskins', on her website, here. An exquisite series in which "wool felt is used to bind fragments of silk, wool and other natural fibres together to make a cloth; then dyed using plant dyes." 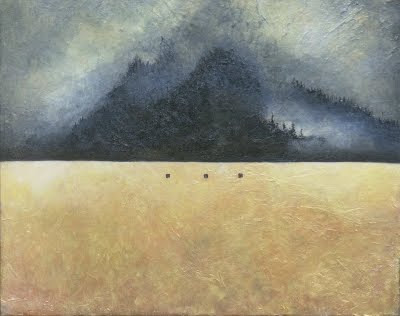 
Shayla Perreault Newcomb has filmed an Oil Painting Tutorial where she chats about her process, here. 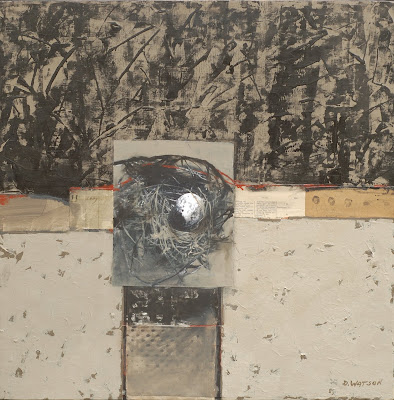 " Currently, I am interested in the passage of time, and what remains. This may be the physical effects in nature or the psychological effects on memory or identity. With the passage of time there is a transience depicted with traces, layers and recollections. I try to take what is personal to me and make a more universal connection." - Donna Watson (interview with Leslie Avon Miller, here. )

Painting from the Expert Mover series by Laurie Pearsall


Laurie Pearsall exhibited the Expert Mover series at her recent exhibition which you can read about here.
Posted by ArtPropelled at 12:55 AM