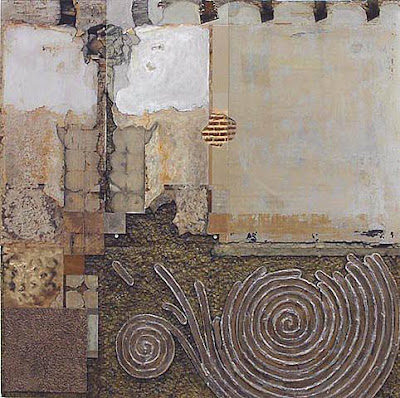 
If only walls could talk ...... Well, some of them do, especially when artists capture the essence of these beautiful old walls, transforming something so mundane into works of art. 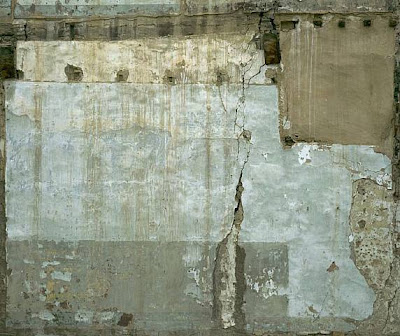 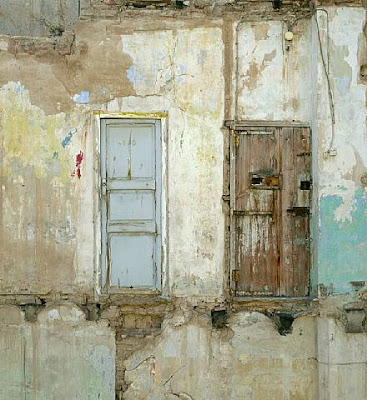 
Gretchen Papka was captivated by the weathered walls she discovered during her travels in Italy.

"My work is inspired by bold architecture, textured walls, utilitarian objects and beauty. Each of these is revealed and celebrated in layers of beeswax, resin and color while subtle details are mysteriously hidden. " - Gretchen Papka 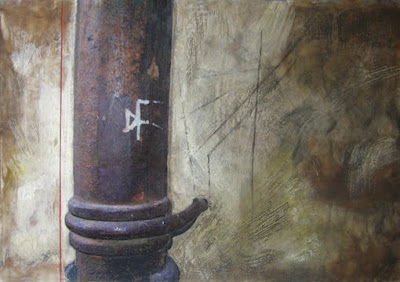 
Laurie Ann Pearsall "collects images, objects and stories that relate to change over time, more specifically, that relate to how people create a home, both metaphorically and figuratively speaking. My work depicts an intuitive interaction between these collections and my state of mind and spirit at a given moment.I begin with a gathering of concrete visual references: photographs of crumbling or dismantled homes, rusted remnants of cast-off objects from construction sites; flattened boxes and containers. These things are the imprint of a vacated dwelling, the debris of daily living. Like pieces of evidence whispering, “ I was here”, I use these images and materials as my foundation to create responses to my own search for home." 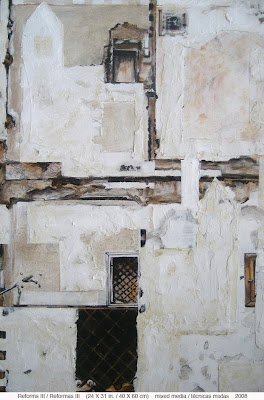 The piece above needs to be seen enlarged to appreciate it. Go to Lauries website here. 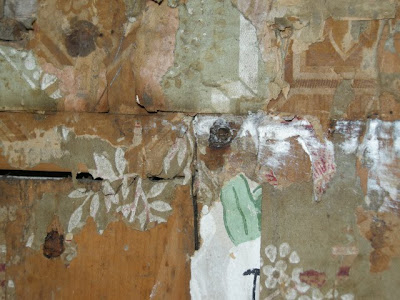 
Margaret Ryall has been photographing the layers of history in torn wallpaper since 2006. Her Remnants series formed a solo show last May and can be seen here.
"I think the best thing about my wallpaper photos is the natural layers that are created by tearing back to the final layer of board. It is so much like looking back through time."
Photo by Miquel Bohigas Costabella
On Flickr I found the most wonderful photographs of walls with a history. Those by Miquel Bohigas Costabella are stunning. 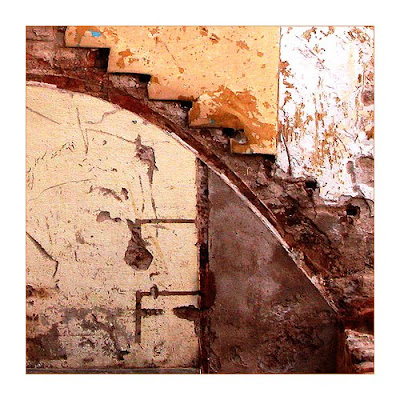 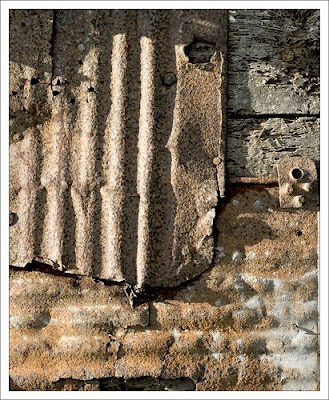 There are 16,000 Flickr Groups with walls in the title. Scrawls on Walls, Talking to a Brick Wall, Peeled and Patched Walls, Paper Wall, Up against a Wall, Dirty Walls, Mirror Mirror on the Wall, Plants on Walls. A feast for the eyes of the wall obsessed. It's worth visiting Pixmaniaque's Flickr sets, here,

Posted by ArtPropelled at 10:18 PM