ART FROM THE BANAL OR DISCARDED


Artworks made from discarded objects hold great fascination for me especially if the pieces are as amazing as these pieces by Ghanain artist, El Anatsui. He 'sews' together flattened aluminium bottle caps to create huge cloths sometimes big enough to cover a wall or the fronts of buildings. (see here) 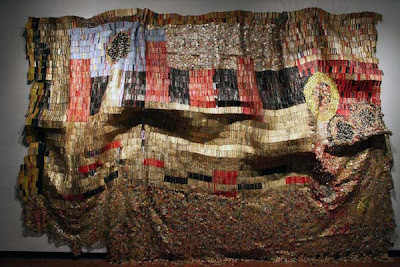 One of my favourite pieces is Crumbling Wall made from sheets of perforated rusty metal. These metal sheets were actually old graters used to prepare gari, a West African dish made from cassava. The grater is made by punching holes in a piece of flattened metal with nails which leaves a raised jagged surface over which the cassava is rubbed. 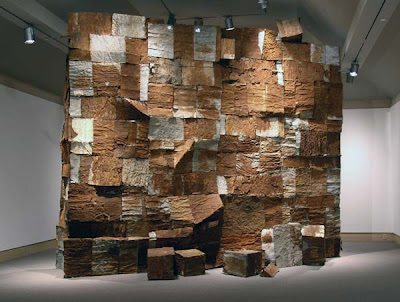 
See more of El Anatsui's remarkable works here.
"Art grows out of each particular situation, and I believe that artists are better off working with whatever their environment throws up." - El Anatsui 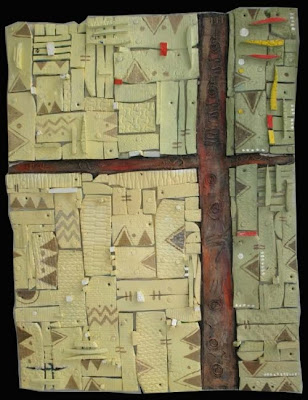 These assemblages by Joseph Eze are made from found flip flops. Flip Flops! I admire anyone who can create art from something that is washed up on a beach or accumulating at some rubbish dump. Read more about his work on Jess Castellote's blog on contemporary art in Nigeria, here. 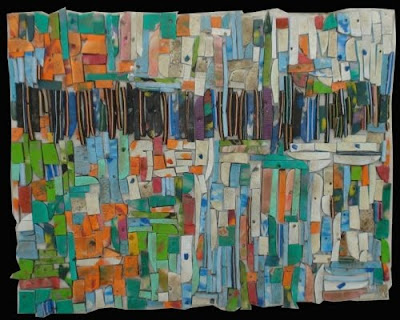 A dark footpath through a garden by Joseph EZE 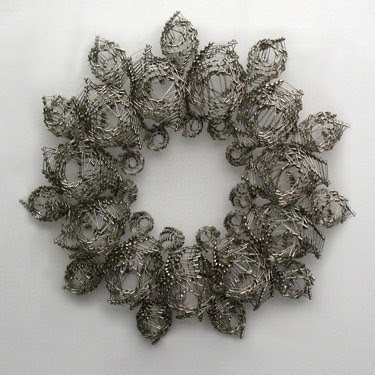 Art made from objects that are banal, plentiful and cheap also intrigue me. Tamiko Kawata uses the lowly safety pin and rubber band in many of her artworks. 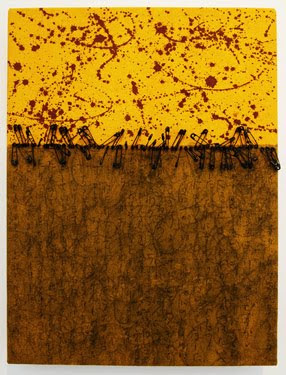 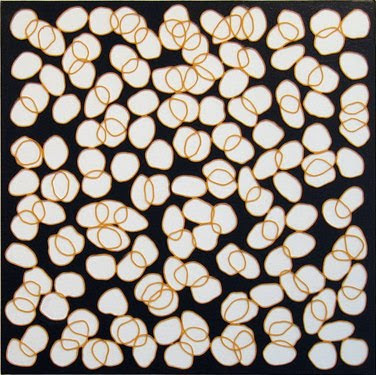 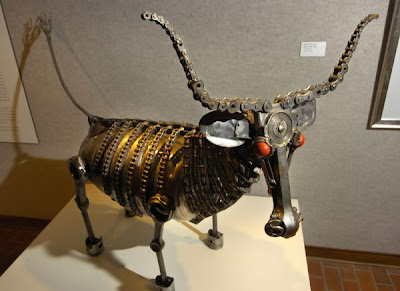 
Richard Swenson, a retired physicist opted to restore old John Deere tractors upon retirement and while searching for parts for his tractor restoration he discovered scrap metal on farm junk piles that he could perhaps turn into something. Something became sculptures that are now exhibited in museums. Read his story here.


"When you put together things that other people have thrown out, you're really bringing them to life - a spiritual life that surpasses the life for which they were originally created." - Louise Nevelson

Posted by ArtPropelled at 5:42 PM