THE HYENA MEN OF NIGERIA

Pieter Hugo is a South African based photographer who was selected as the Standard Bank Young Artist for Visual Art 2007. His photographic series of the Hyena men of Nigeria is phenomenal! 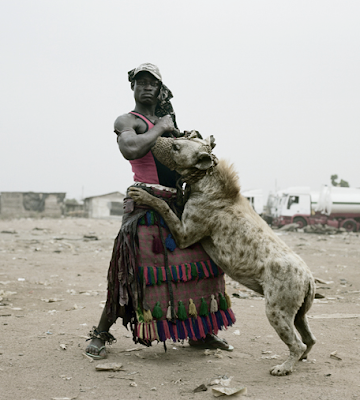 The story I heard and later read here, was that a friend sent Pieter a cell phone photograph of a group of men leading chained hyenas down a street in Lagos. This is a sight I would find totally amazing because full grown hyenas aren't the most friendly creatures and I wouldn't put it past one to snap an arm off as easily as snapping a piece of celery. Their jaws are extremely powerful. On the other hand I have heard that when reared from puppies they make the most charming and amiable pets.

Anyway to cut a long story short, Pieter hopped onto a plane for Lagos, found the Hyena Men and actually traveled with them for 8 days. 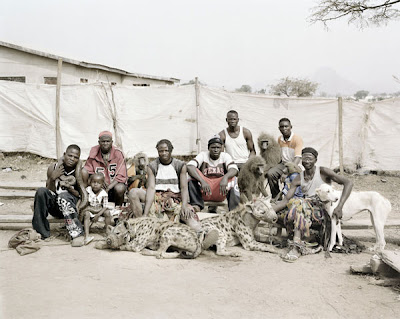 The "Gadawan Kura" (hyena handlers) are a group of travelling entertainers who earn a living by performing with these hyenas..... as well as a few baboons and rock pythons. 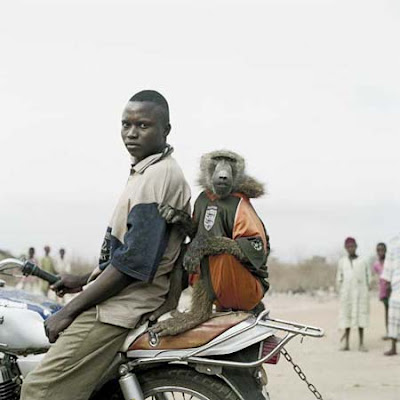 The photographs of this unlikely coexistence are so extraordinary that I have returned to look at them several times but I must admit they do leave me feeling rather unsettled. 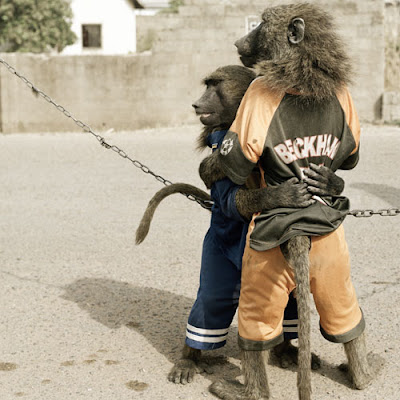 Posted by ArtPropelled at 10:38 AM