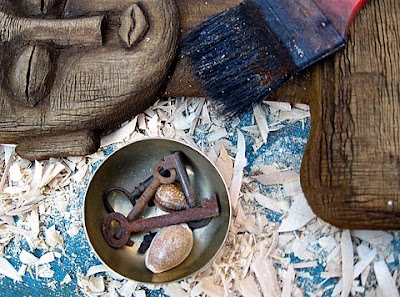 After participating in Katherine Treffinger's, 'Art and Meaning' project an internet friend asked me to elaborate on the spiritual aspect of creating art. It's something I've pondered upon often over the last few years and I've wondered if it is a spiritual connection that I feel when carving ...or whether it's just a feeling of gratitude or elation that I'm able to escape into the art process and express myself this way. 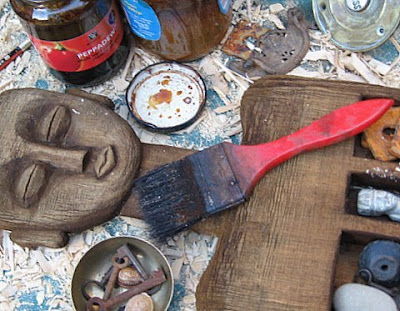 An extract I read in The Well of Creativity by Michael Toms resonated with me. Michael was visiting an ancient Balinese village, famous for double-ikat weaving. He wondered why anyone would spend so long making something for so little return. It might take six months to make a small intricate piece of cloth, three feet long and about one foot wide. The ikat cloths and tapestries are sold to tourists and though they're expensive by Balinese standards the labor works out to about ten cents an hour. So it obviously wasn't being done for the money.

"So I found myself in this village where they did this work. I was talking to a Balinese man who had some command of English, and I realized as he was talking and explaining this piece of cloth, that to them the whole process of doing this was very much a part of their spiritual practice. It was like prayer."

"It was the prayer of doing it. It was like this realization of the idea of being one with your work and what that really is about." 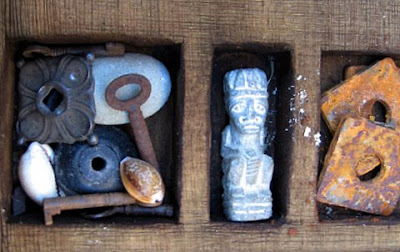 The Well of Creativity is a series of interviews with well known creatives including Julia Cameron, Natalie Goldberg and Isabel Allende. It's one of those books that I'm getting more out of in the second reading. 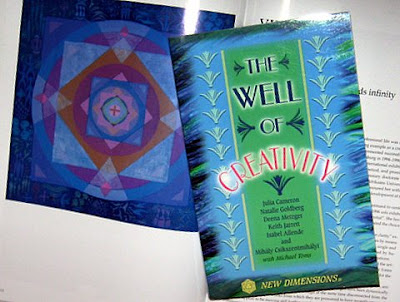 "No traditional concept of God is necessary to succeed, only a sense that our personal creativity reflects that of the universe, and as we express our artistic impulses we come in touch with a spiritual world of infinite size and power." -- Michael Toms 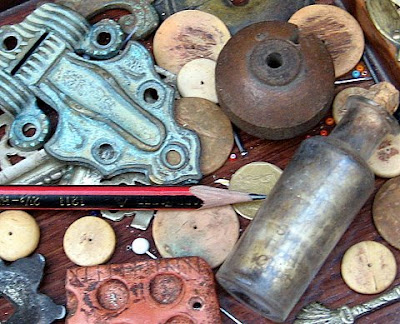 Found inscribed over a doorway at Westminster Abbey   "Of the craftsmen it may be said that in the handiwork of their craft is their prayer".
Posted by ArtPropelled at 1:45 PM