The grid forms the foundation of many artworks and sometimes it is so well hidden that you don't notice the underlying grid until someone happens to mention it, but in other pieces it is very obvious.

In this post I am featuring many of my old favourites as well as a few new ones. First and foremost, I LOVE Rosalie Gascoigne. Much of her work is based on an arrangement of shapes, squares and rectangles within a grid. Not that she would ever categorize her work. "Oh I don't do those deep thoughts" she said. "And in the end, okay, I was putting things in grids. But I didn't really know what a grid was. And that's the way it worked, it worked for me , you see." 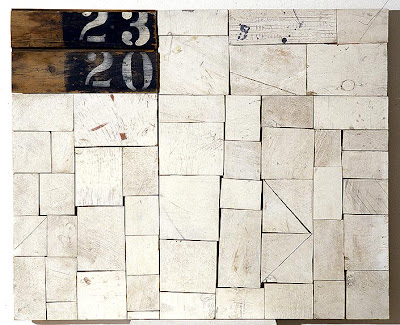 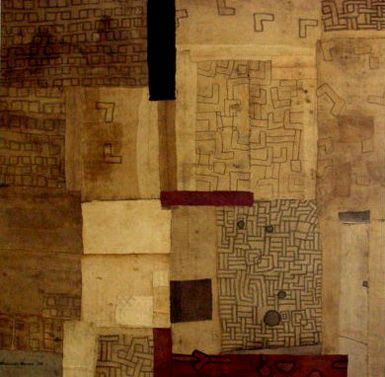 German artist Hannes Harrs became interested in Africa as a child when his uncle, who was a ships captain, returned from his travels with several African artefacts. Thus began Harrs obsession with the ancient arts of Africa. At the age of 23 he accomplished his dream when he settled in South Africa.

My dream is to own a Hannes Harrs. I love the rich earthy textures of the collages that incorporate old Kuba cloth and other African textiles. 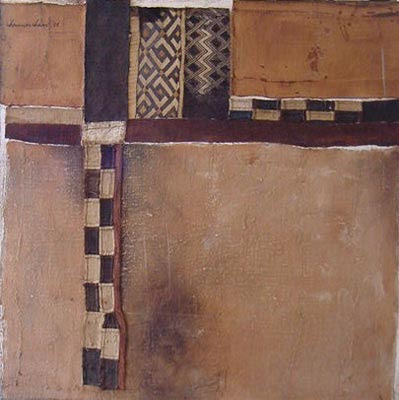 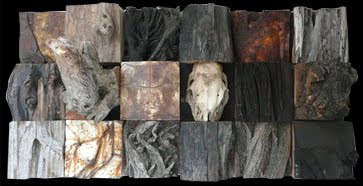 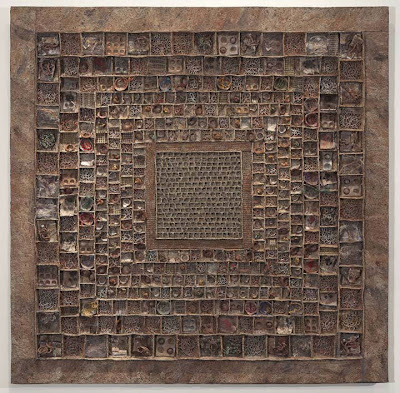 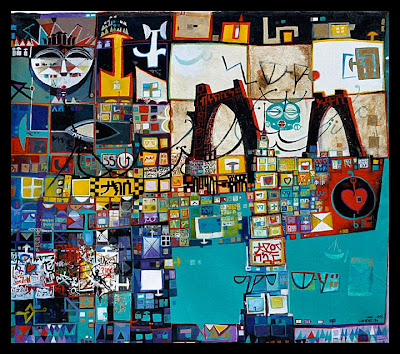 Wosene Kosrof is an old favourite who I've featured in blog posts several times before. He has lived outside of Ethiopia since the 1970s. In his art he engages in an energetic dialogue with his Ethiopian heritage. 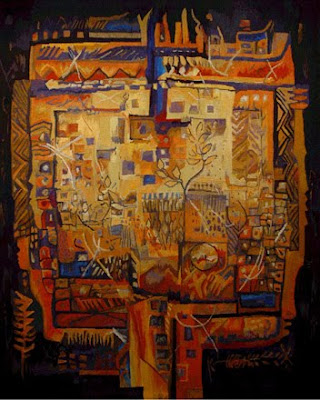 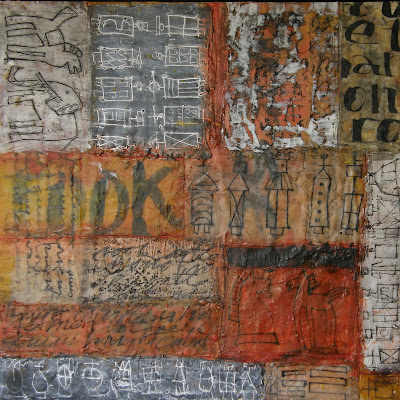 
Mana he aga, Manako by John Pule. See more here.
Ahipara girl introduced me to John Pule's work last year in this interesting post, here. Scroll halfway down to see the gorgeous fabric that caught my attention.
Posted by ArtPropelled at 9:45 PM