A DAY IN THE LIFE OF BUG 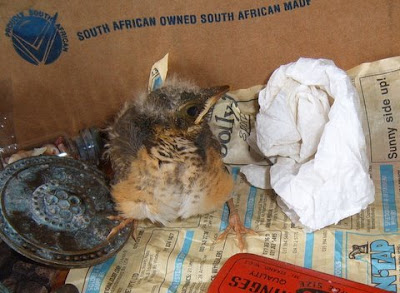 It hasn't taken long for Bug to become part of the family and he is already developing into a very endearing little character. 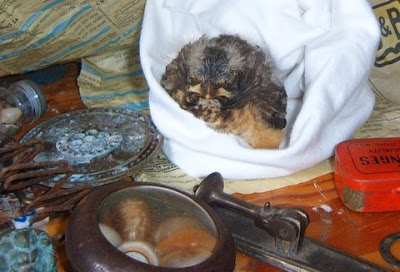 The strangest thing about him is that he is not too partial to nests. At the first opportunity he bails out which is probably what got him in trouble in the first place. He likes to sit on my desk while I work. When he gets tired I create a secure nest for him but it lasts five minutes and then he's off across the desk like a drunken sailor. A common idiosyncrasy of the thrush is to dash for cover, almost parallel to the ground with neck thrust foreward like an arrow. Little Bug instinctively does this though he loses balance along the way. 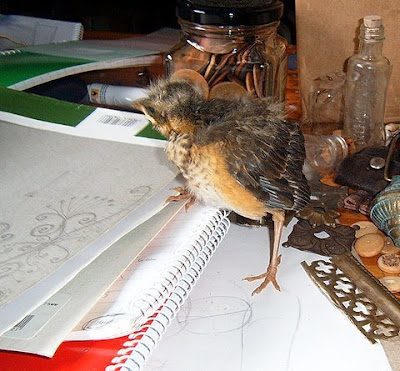 Eventually he finds a spot to his liking (usually on a pile of scrap metal) where he will settle for a while squawking for food whether he's hungry or not. 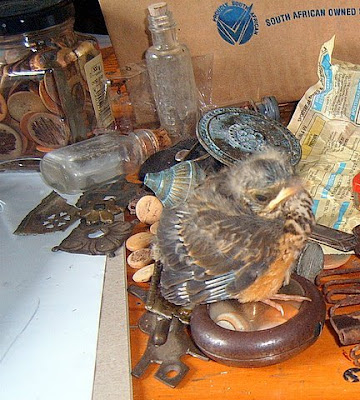 At 5.00 pm almost to the second he switches off for the night. Last night he learned to put his head under his wing. I was so proud of him! My daughter hates to think what I'm going to be like with grandchildren. As it is I already have a Picasa file full of photographs.. 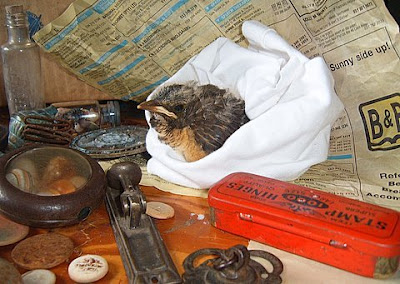 Ringing telephones, alarm clocks, doorbells and stove timers provoke shrill calls from within the cardboard box. He knows my voice and will call when he hears me but not a peep when hubby and daughter speak. 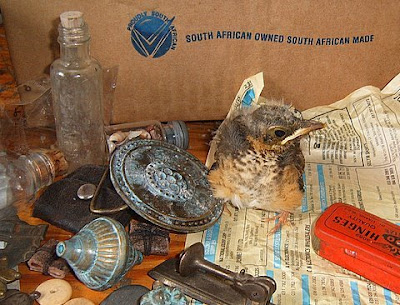 One can't help loving him . He's a brave little clown who is keeping me on the hop all day long but I feel so privileged spending this short while with him. He's growing fast and it won't be long before we'll have to make decisions about the next leg of his journey. 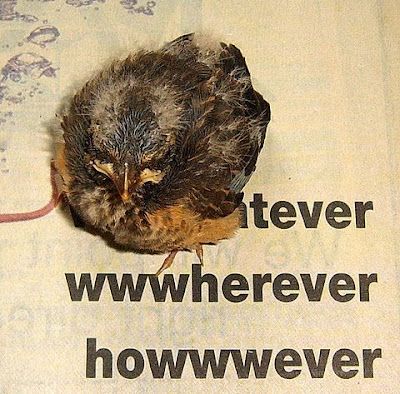 Posted by ArtPropelled at 9:34 AM